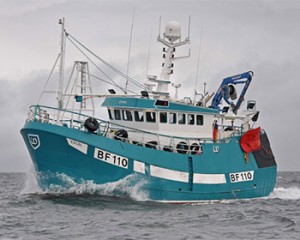 UNITED KINGDOM
Friday, July 26, 2013, 23:50 (GMT + 9)
An ambitious plan, launched by the Scottish government, will provide help to struggling fishermen in the prawn and whitefish fishing industry, who are undergoing tough times.
The action plan, which was issued after a dramatic fall in the availability of prawn, includes a funding of as much as GBP 6 million (EUR 6.96 million) that will help the Scottish fishing industry deal with their economic pressures partly related to high fuel prices and volatile international markets.
Half of this sum will be destined to a hardship fund for fishermen facing “exceptional stress on their viability.”
The other half will be destined to promote the Scottish seafood sector and develop a national brand to maximise the industry’s economic growth, encourage Scottish fishermen to embrace other fish stock as alternative sustainable sources and work towards an eventual discard-free fishing industry.
Scottish ministers made known they wanted to help the ailing industry with “immediate measures” and back the transition towards discard-free fisheries and described the circumstances endured this year by Scottish fishermen as “exceptionally tough,” the BBC informed.
“We also want to help fishermen adapt to a future where they will no longer discard any of their catch,” Fisheries Secretary Richard Lochhead said.
High fuel prices, export markets under pressure and the EU’s recovery plan (CRP) as well as a sharp decline in prawn availability have all contributed to the tough times experienced by the Scottish fishing industry.
Prawn numbers are thought to have decreased due to a prolonged cold weather earlier in the year. This forced fishermen to turn to other fish to meet the quota placing pressure on markets and whitefish stocks.
Scottish Fishermen’s Federation chief executive Bertie Armstrong said of the initiative: “Frustratingly, some of the critical problems such as fuel price and external regulation are outside government and industry direct control. However, there is much that can be done and we look forward to developing with government the offered actions as soon as possible.”
The fishing industry is very important to Scotland’s economy, bringing GBP 500 million (EUR 580 million) in 2012, highlighted Lochhead.
Prawn fishing is Scotland’s second most valuable fishery after mackerel, according to the Scottish government.
By Gabriela Raffaele
editorial@fis.com
www.fis.com